Now I love a bit of trivia – always have. My brain has, for as long as I can remember, been a receptacle for Extremely Useful Information What Others Might Fink Is Rubbish. It started young, as most things do, and one of my favourite childhood Christmas presents was one of those Big Books of Trivia – thicker than the bible and far too heavy for my weedy 7-year-old arms. Still though, I devoured that book – I can still remember three bits of trivia even now:

Whilst the first fact made me unnecessarily nervous of static electricity and the third fact baffled me beyond words (‘but…but…when else would you have sex?’), they stayed with me for thirty years. True, I’ve never once had to apply any of these facts to my every-day life but if I was a lusty chinese sailor on board the Santa Maria in the middle of a thunderstorm I’d thank my lucky stars for that book.
Ok, so a lot of trivia is ultimately useless, but still it creates the illusion of intelligence ultimately enriches our lives.
DID YOU KNOW that the Wise Old Elf in Ben and Holly is also Brains from Thunderbirds, and that Grandpa Dog from Peppa Pig (UK dub) had a cameo in the last series of Game of Thrones as the Mad King?
DID YOU KNOW that I once hosted a morning show on local radio that went really well until I decided to sing?
DID YOU KNOW that Flippity Felts is now up and running as a business, with items on Etsy and sculptures available for commission if you contact me via my shop, my facebook page or this website?
It’s ok, you can admit it – I’ve added to your lives by imparting these facts to you – especially that last one – haven’t I. Which wasn’t useless. Not at all. Very useful, in fact (buy my stuff!)
You’re welcome.
Edited with BlogPad Pro 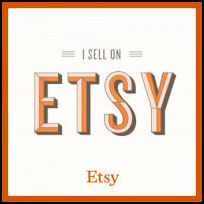